Learning about Disability Inclusion: A Weekend with WILD Women in the Woods of Oregon 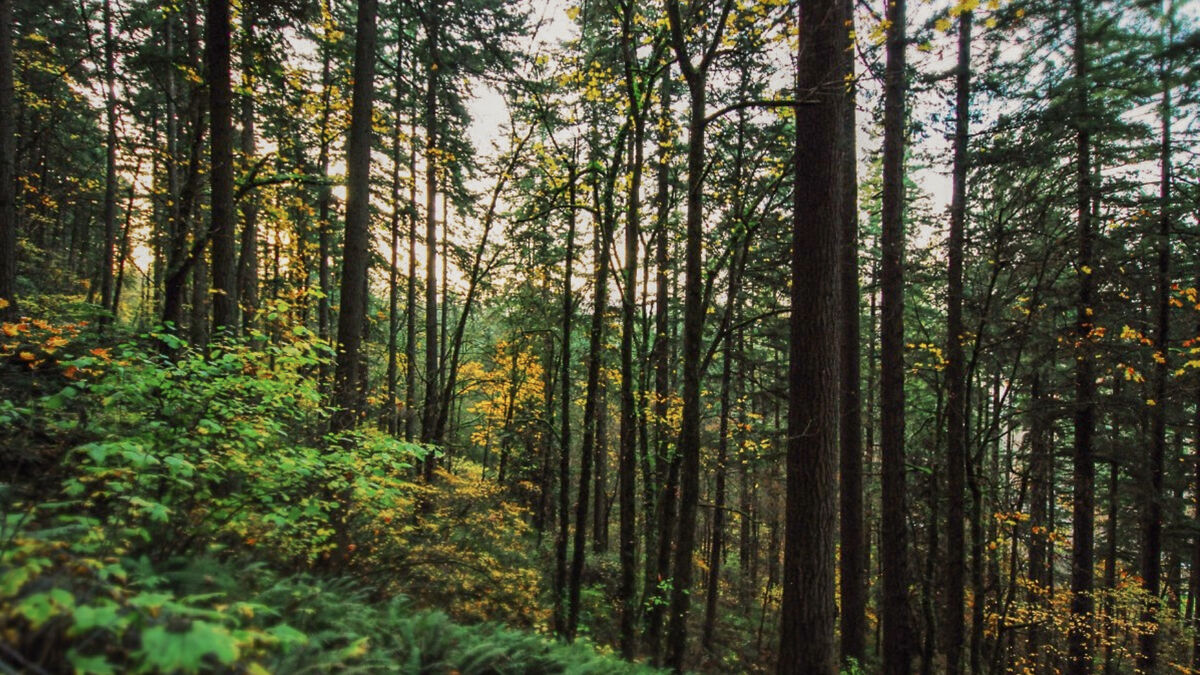 On July 23rd and 24th, Xavier Tissier (VVF’s Director of Operations) and I participated in the Gender Disability and Development Institute (GDDI) hosted by Mobility International USA (MIUSA). The event coincided with MIUSA’s Women’s Institute on Leadership and Disability (WILD), a highly selective, intensive three-week training that brings together women with disabilities from around the world.

According to the World Bank, “one billion people, or 15% of the world’s population, experience some form of disability, and disability prevalence is higher for developing countries.” People with disabilities are more likely to experience adverse socioeconomic outcomes than people without disabilities–less education, poorer health, lower levels of employment and higher poverty rates.

As a Foundation, we had been using language around inclusion of ‘vulnerable populations’, but did not have a clear position or strategy around the rights and inclusion of people with disabilities. Our goal for attending the GDDI was to educate ourselves on the topic as a critical first step.

We left Portland after rush hour and drove into the sunset, heading down I-5 and then onto the country roads outside of Eugene, Oregon. As we pulled into the gravel driveway of the rustic Lutheran camp where the event was being held, I had a conscious feeling of letting go. We would spend the next two days sleeping in tents in the forest—without the comfort of our cell phones or air conditioning—focused on being present, meeting new friends and being utterly inspired by what is possible.

Participants gather for an evening campfire and s'mores. Photo via MIUSA 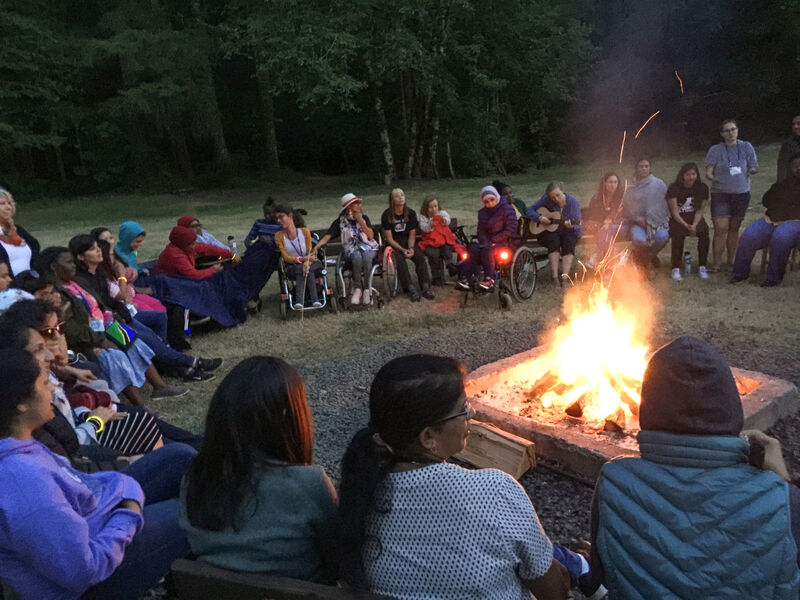 On our first morning together, Xavier and I sat in a circle of chairs under a large white tent. We sat amongst other funders and representatives from various international development agencies (“resource people”) and the 22 WILD delegates. These “WILD women” as they were affectionately called, came from 22 different countries and had an array of physical disabilities.

The morning sessions were spent discussing topics as a large group, and in the afternoon we broke out into smaller group discussions and 1:1 conversations that paired a WILD women with a resource person.

At first, the one on one conversations I had with the WILD delegates were a bit awkward as we tried to bridge the various levels of difference between us. When I met with Aye Thinzar Maung (pictured below), a blind woman from Myanmar visiting the U.S. for the first time, it was hard to know where to start. Yet the fact that we were both outside our comfort zone in one way or another, and knowing there was already a deep level of trust and respect among the group, (given the WILD women were already two weeks into their leadership program when we arrived) made it easy for us to open up and connect.

By the end of our hour-long conversation, Thinzar had told me all about the work she does as the Project Coordinator of Myanmar Independent Living Initiative and had shown me the apps on her phone that allow her to email with her team and navigate her world. On our way to the bathroom, she even gave me some essential tips for how to guide a blind person, which I had never done before! The intimate setting enabled me to ask questions I wouldn’t have ordinarily felt comfortable asking and gave me so much more insight. 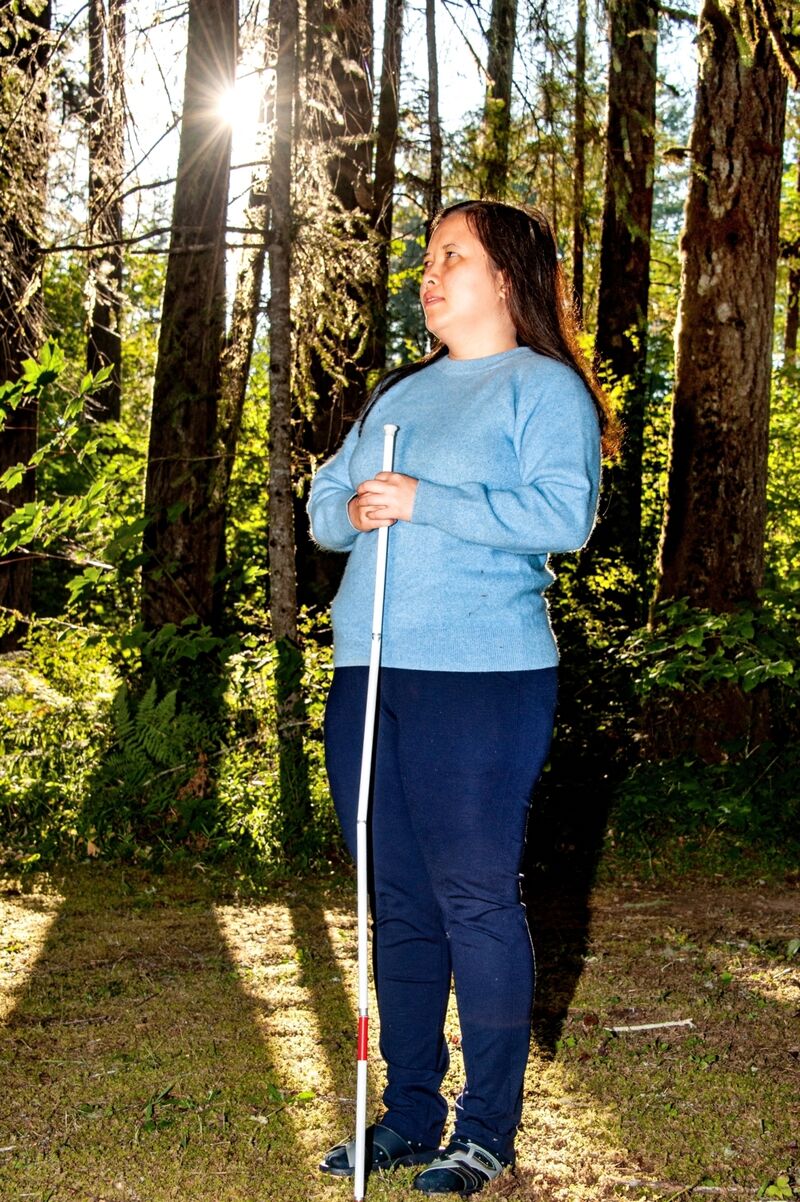 Another notable aspect of the conference was the slower pace, which was deliberate and powerful. Not only did this allow us to absorb all that was happening, but it was vital to ensuring that all participants were taken care of and could fully participate. For example, everything said was translated first into American Sign Language and then into International Sign, which could then be understood by the three deaf delegates from Costa Rica, Mongolia, and Burundi. In another instance, when a white board fell down, the occurrence was described for the blind women who did not see what happened. Each time we spoke we stated our names so everyone knew who was talking. There was extra time allotted so that women in wheelchairs or needing assistance could move about the space. We could have easily been lectured on the basic principles for making events inclusive, but observing and experiencing these accommodations first-hand was far more meaningful. 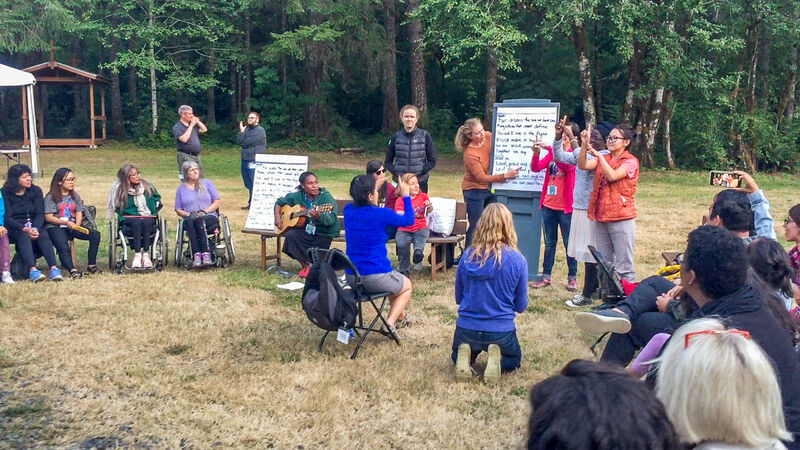 I also realized that this is not work we need or should do alone. Vibrant Village Foundation does not need to become an expert on disability inclusion, but there are simple things we can and should do to ensure that we support programs that are inclusive. We can rely on organizations that are led by people with disabilities, like MIUSA, as consultants to guide us in best practices.

My sincere thanks to Susan Sygall, MIUSA’s amazing staff and each of the WILD women for giving us this incredible learning opportunity. And to Marieme Daff from our team, who encouraged us to attend, because if we waited until we thought it was the right time, we would never have taken the first step. 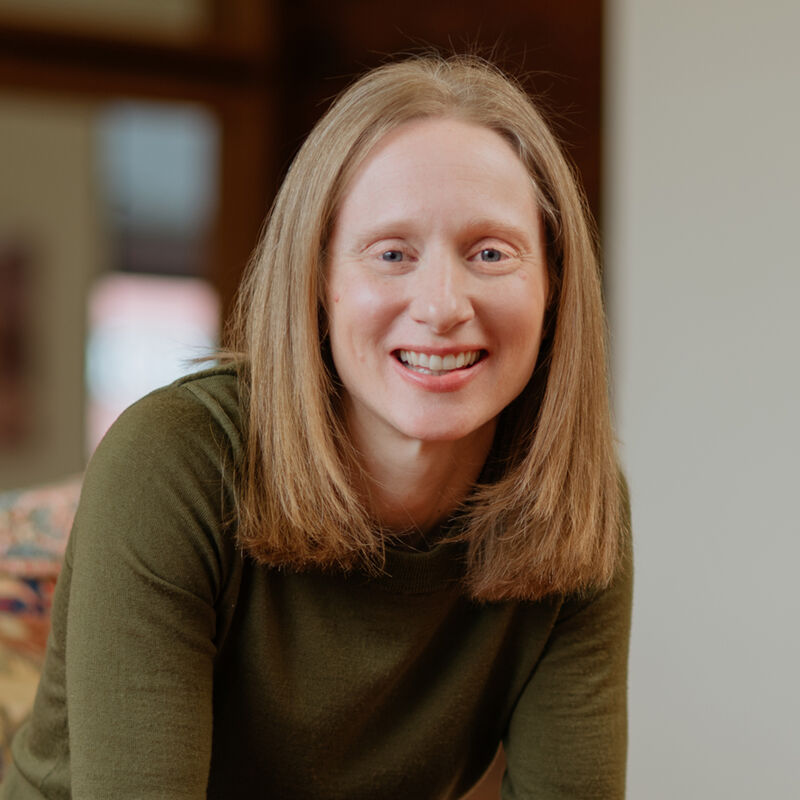